©2015 Joe Vissichelli of BringYourFace.com and CaricatureDreams.com, all rights reserved. Photos ©2015Laura Pennace of PennacePhotography.com (the good ones) and ©2015Joe Vissichelli (the rest). Special thanks to Laura for supplying photos to this site.

Planning a wedding, engagement party or any other special event? Joe's Caricatures makes your party a BLAST! Visit BringYourFace.com or my mobile site CaricatureDreams.com for information and samples.

Fresh in from Brazil to celebrate a New York City New Year's Eve with family, Fabio had bigger plans for Camila than she knew. When they reached the fountain outside Central Park and the Plaza Hotel, I just "happened" to be there doing caricatures, of course, and he convinced her to go for it. Little did she know we'd agreed in advanced that he'd be asking her "Quer casar comigo?" – for her hand in marriage.

She couldn't believe it was happening, but she said, "Sim (Yes)." And what suddenly brought a bevy of relatives flooding out of Central Park to congratulate them? Was it my Portugese or my artwork? Well, whatever it was, it worked! 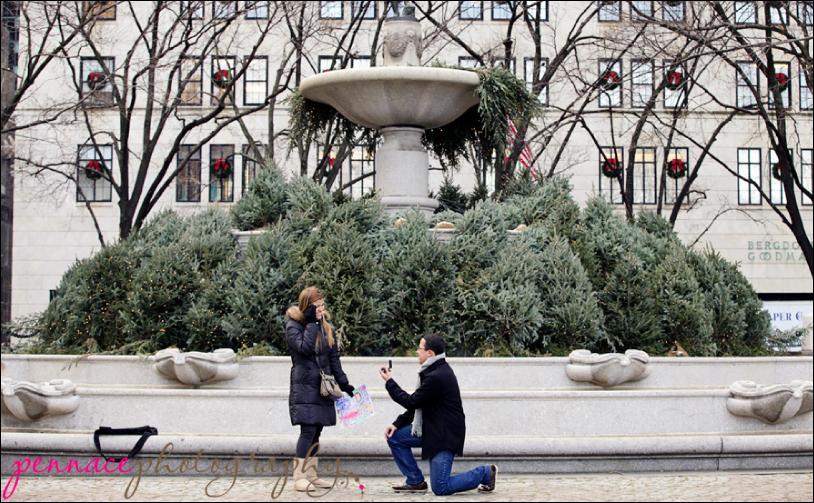 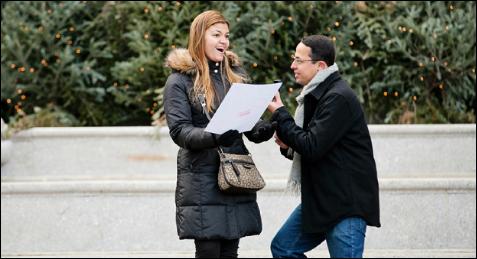 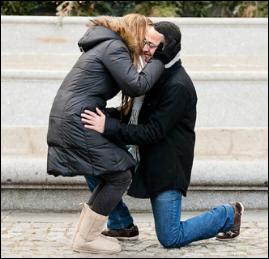 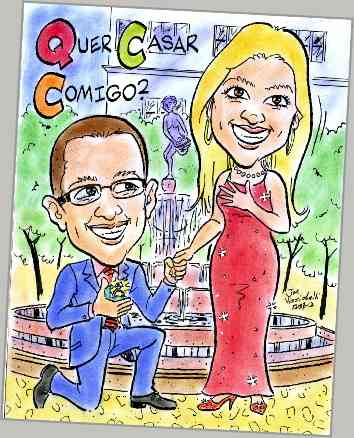 "Everything worked out, and I am glad that Joe did our caricature.
It was a pleasure to work with him!"

"You are a man of your word. Your work is outstanding! I couldn't be happier!"

These engagements took place in restaurants with each using a different ploy for their desired effect. For Boris, the art was delivered inside of a menu folder to the utter shock (and soon to be delight) of his beloved Liana. He dropped to one knee and did his thing, adding a new dimension to her dinner order.

For Dale, I was a caricature entertainer (prank imitates life) who arrived too early and was offering a drawing of the couple to kill time before a party gig. Not your usual appetizer, but Arielle was thrilled.